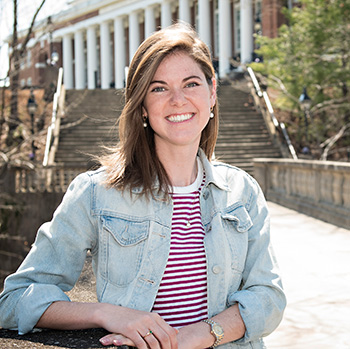 Project Summary: As an English Teaching Assistant, I am responsible for teaching various levels of English to University students at a public university in Tunja, Colombia. Between teaching, tutoring, and running English speaking and writing clubs, I spend around 35 hours a week with students studying to become English teachers within Colombia. For classes, I’m charged with creating impactful lesson plans on subjects varying from differences between the United States and Colombian cultures to regular past simple verbs. Outside of classes, I exchange and connect with students, professors, and locals alike to aid in the process of cross-cultural understanding.

How did W&L prepare you for this opportunity? Without W&L, this experience would never have been possible. Professors constantly inspired me to learn more about the world, and while my Poverty professors encouraged me to be mindful of those less fortunate, my Spanish professors pushed me to travel and master the language. With this combination of Spanish and Poverty Studies, I found myself drawn to helping undocumented immigrants, and specifically Latinos; at school I volunteered with English for Speakers of Other Languages (ESOL) and became a Spanish translator at the W&L Law School’s Immigration Clinic. Upon the suggestion of my Spanish professors, I took a leap of faith and studied abroad twice for a total of six months in Spain, which significantly improved my Spanish abilities and lit a fire in me to travel. In the summers, advisors helped me find scholarships within W&L to fund unpaid internships working in Atlanta and Washington D.C. with undocumented immigrant women who were victims of domestic violence and with detained immigrants in Maryland and Virginia jails. An Outing Club scholarship even afforded me the privilege of traveling to the Dominican Republic to do research on the differences between urban and rural poverty. Every single one of these opportunities was only possible thanks to W&L, and together they led me to apply for the Fulbright and be successful in my transition to living in Colombia.

Why did you apply for this opportunity? Having worked with undocumented immigrants who were primarily Latino throughout my time at W&L, I always felt some kind of connection to Latin American people and culture. I realized I had never truly experienced this culture, though, as everything I knew about Latin America was second-hand and learned through books and documentaries. I knew if I wanted to truly bridge the gap between myself and my future Latino clients/ friends, I had to live there to understand first-hand the traditions, cultures, and customs. I felt Fulbright was the perfect way to accomplish this, and it certainly has proven true thus far!

Post-graduation Plans: I’m currently applying for teaching jobs in the United States in the subjects of both English as a Second Language and Spanish.

How will this opportunity help you achieve your goals? My Fulbright opportunity has absolutely helped me figure out both how dedicated I am to using Spanish somehow in my future career and how much I enjoy teaching and connecting with students. My teaching experience in Tunja has pushed me to find my most creative side: the university campus doesn’t have Wi-Fi, there’s no technology in the classrooms, and all printed material for class must be paid for by the teacher. Even facing these odds, I feel Fulbright has helped me become a better and more effective teacher and shown me the positive effects education can have on a low-income, rural community. I hope to carry these lessons with me into my next endeavor.

Posted on September 26, 2016 by francem
Students: Request Meeting/Info. »
Faculty/Staff: Recommend a Student for a Fellowship »